The river in Bastrop remains clear. We did not get enough rain or run off to muddy it. The grass remains out of control, and I believe is the main reason for the river level being higher than normal. Bass fishing remains good.  Great numbers being caught with a handful of 3-5 lb fish.

Bow season is sneaking up on us. I have two large tracts to hunt. Going to scout a 426 acre tract on the river west of Bastrop this afternoon. I will be dropping stands in late August and early September. I am already taking bookings for bow season. 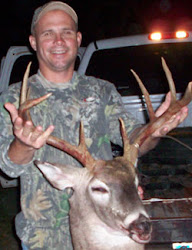